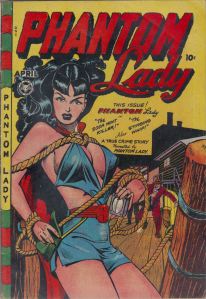 My nipples might be missing in action these days, but I will let you in on a secret peeps (‘coz you know, we’re totes close and BFFs share stuff like this): my brain still thinks they’re there.

Tonight’s fun discussion topic, for all you playing at home, is phantom nipples, just because I will bet 20 cents not one of you has ever had an inkling of a thought about them, let alone read a whole blog post dedicated to their existence.

Phantom nipples are a thing people, and I have them.

I guess in much the same way some amputees report having the sensation that their missing limb is still attached, so too I’ve discovered, do nipple-less breast cancer patients.

They get itchy. They get sore. They even get cold! Ever tried to scratch something that isn’t actually there?! It’s a whole new level of frustration!

In fact it’s not just limited to my nipples. I think I have phantom boobs. While the real things are long gone now, (Long gone to where, I have no idea. Where do all the unwanted boobs go? Where do all the amputated limbs go? These are the things keeping me awake at night, guys. The big questions!) I still frequently experience stabbing pains and weird sensations. I think it’s all related to the nerves and nerve-endings damaged during surgery sending wacky messages to my brain.

My surgery scars continue to be a source of mild astonishment for me too. Most glimpses in the mirror leave me thinking, Whoa…nipple-less freakish looking mounds, where did you come from? You’d think that after six weeks of seeing the scar-lines I’d get used to them. So far it’s still a little tough to take. I’m sure with time this will lessen.

At present all I see are the scars. I have nine now. It’s most impressive. Two seven centimetre horizontal lines where my nipples used to be, a similar sized one in my armpit, from my axilla clearance (all lymph nodes in my armpit were removed during mastectomy surgery too, as the cancer had spread beyond the breast). I also have five small round scars on both sides of my torso from drain tubes that helped my body get rid of fluid post-surgery, and a 2 cm scar and circular lump on my left upper arm where my port-a-cath is located!

Are scars cool? Even on a 37 year-old mother of three whose ideas of fun are cracking cryptic crosswords and playing online Scrabble?

Anyone want to comment – or better still, compare scars? I’m sure someone out there has something way more impressive than a couple of phantom nipples and a port-a-cath!

Go on – drop me a line. Let me hear your battle stories as I sit in the chemo day ward for five hours tomorrow!

Leading #TeamPositive from diagnosis to all clear

Us - Life, love, laughter and everything in between

The Art and Craft of Blogging

Digital media in the pharmaceutical industry

Thoughts on Writing, Art, and Life

The Ups & Downs of Breast Cancer

Yes I am the Cancer Curmudgeon

Because I am addicted to making pie.

The Cult of Perfect Motherhood